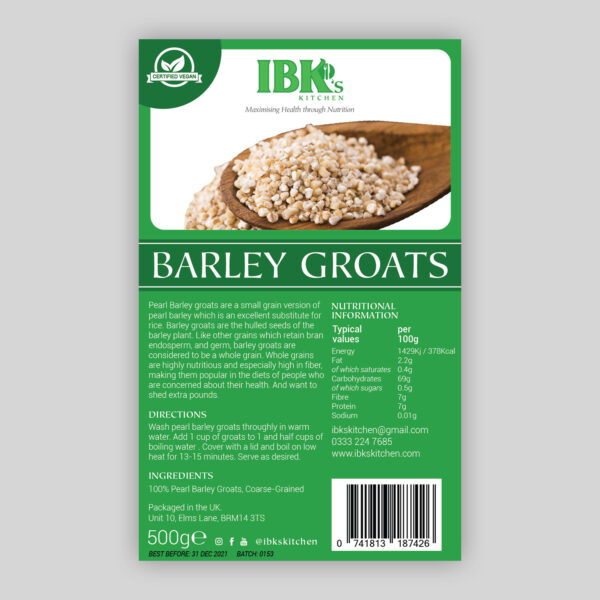 Pearl Barley groats are a small grain version of pearl barley which is an excellent substitute for rice. Barley groats are the hulled seeds of the barley plant. Like other grains which retain bran endosperm, and germ, barley groats are considered to be a whole grain. Whole grains are highly nutritious and especially high in fiber, making them popular in the diets of people who are concerned about their health. And want to shed extra pounds.