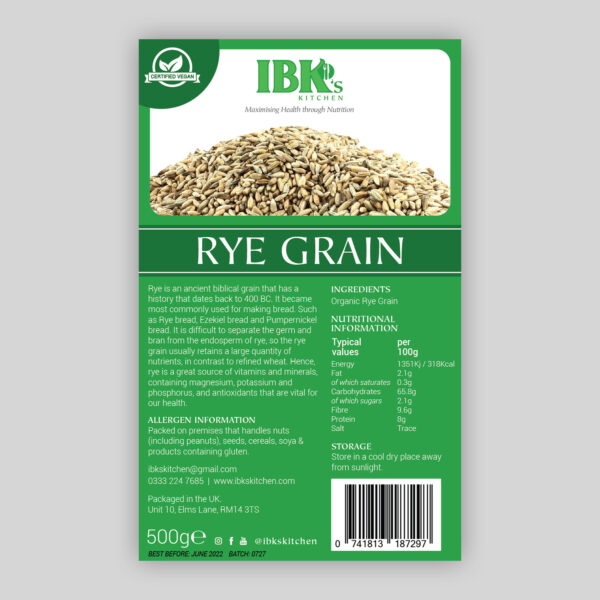 Rye is an ancient biblical grain that has a history that dates back to 400 BC. It became most commonly used for making bread. Such as Rye bread, Ezekiel bread and Pumpernickel bread. It is difficult to separate the germ and bran from the endosperm of rye, so the rye grain usually retains a large quantity of nutrients, in contrast to refined wheat.